We are almost there folks. Magic number nine. No I am not going to be drinking a Magic Hat #9 for the ninth beer of Christmas, that would be too cliche. I again missed a day, but this time I blame it on my injury. I have been hobbled by my injured knee, struggling to get around. I was not up to drinking last night. But today is a new day, and I am ready for a beer, or two. Are you? 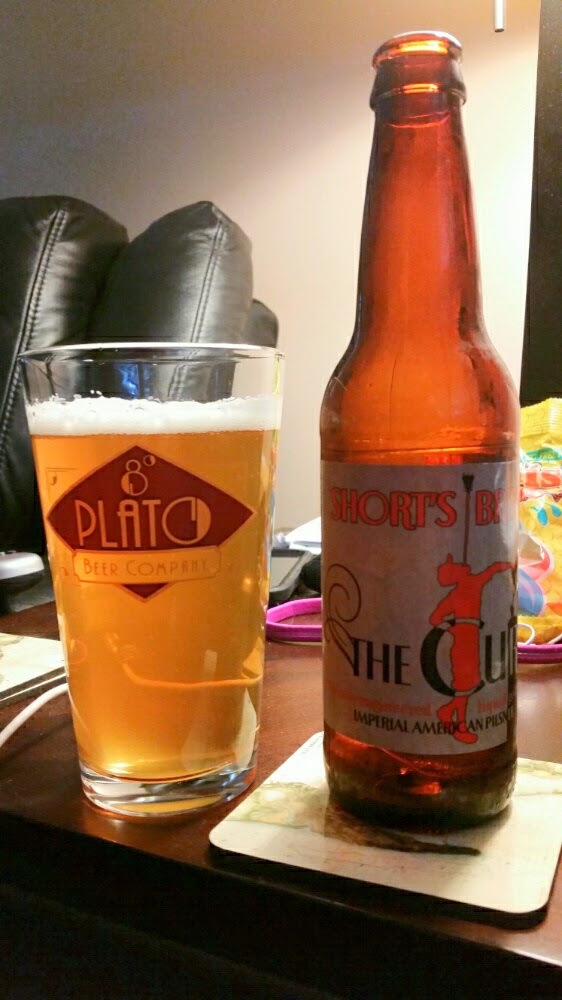 On the ninth day of Christmas my craft beer store gave to me, The Curl by Short's Brewing Company!

Liquid gold can be used to describe a pilsner that touches the inner most taste buds of your soul. The Curl is beer that really delivers the classic look and smell of a pilsner while packing a punch with an above average ABV level. This beer pours golden yellow and clear with a distinct hop aroma. As an Imperial American Pilsner there is a darker taste then your normal pilsner. It poured with a white colored head with medium amounts of lacing around the glass. If your a fan of Imperial style beers, track this down and try it out.