Ain't No Sunshine When Saison by Oddside Ales

It's that time of the year again. Time to make some wings, eats some chips and dip, and play the office squares. That's right folks, its Super Bowl time. This is year we have the defending Super Bowl Champions Seattle Seahawks against Tom Brady and his New England Patriots. Deflate gate aside, I think this will be an excellent game, two teams that have both given into the idea of team football. You have Tom Brady with his rag tag group of players, the only notable one being Gronk. Then you have Richard Sherman and his all time defense. A versatile offense versus a bone crushing defense. I have my money on the repeat. I think the Seahawks defense is going to be too difficult to overcome. Who do you have your money on? What square did you pick?

All I know, the Super Bowl once was a time where the Big Beer commercials would entertain us while the players take a break. We would see the Budweiser Clydesdales or the infamous Budweiser frogs.

With the increase in Craft Beer sales Big Beer like Budweiser will need a new marketing campaign to attract the younger market. Years ago I would be sitting back drinking a Bud Light or Miller Light. Now I am drinking a craft beer like Ain't No Sunshine When Saison by Oddside Ales. Which craft beer are you grabbing when its game time? 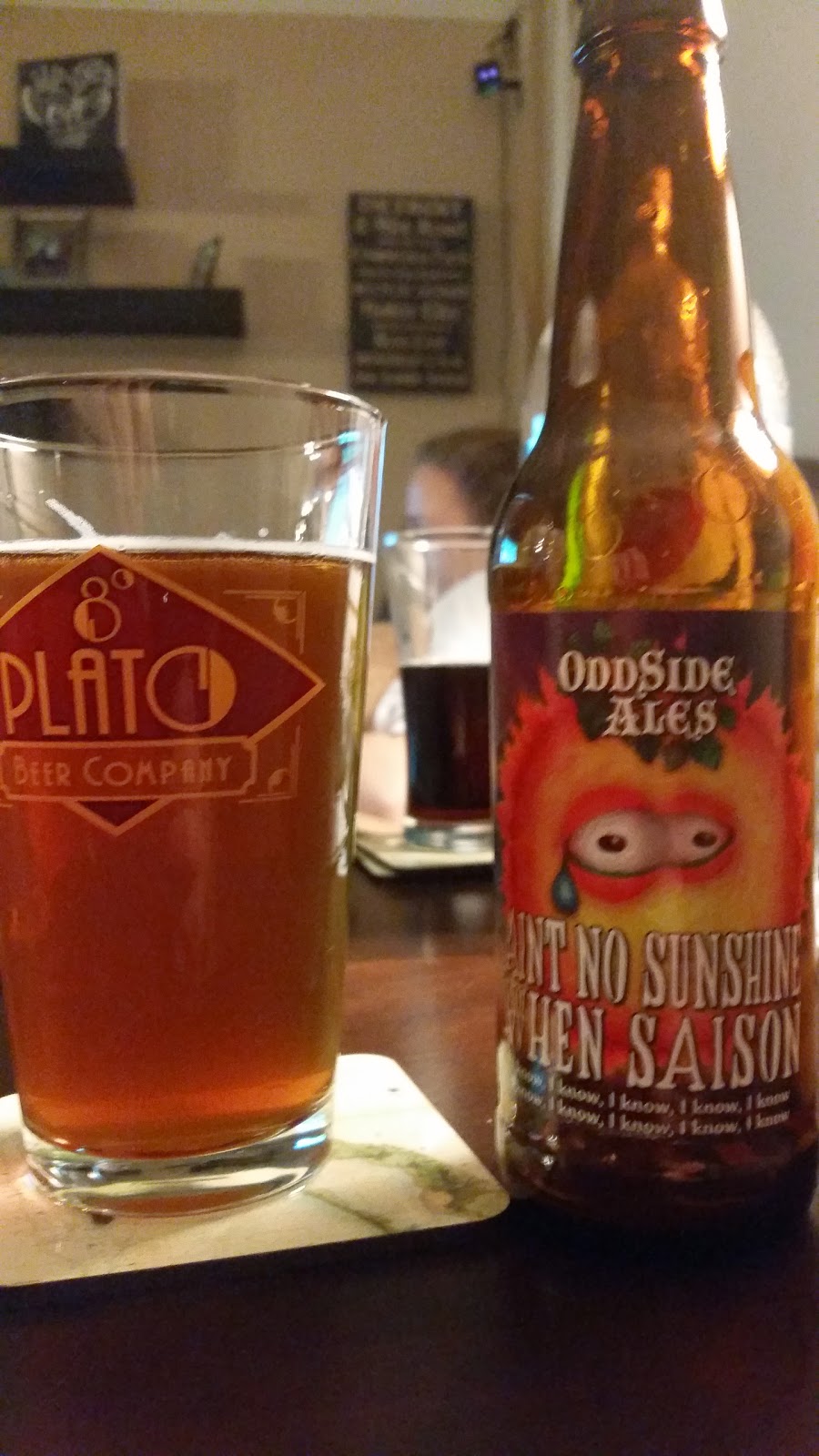 
I do not seem to be able to locate the ABV value on this bottle of ANSWS by Oddside Ales. It has a dark amber color with a lot of haziness, making it unable to see through. There is a slight white head light haze around the edge of the glass. There is a fruity like aroma which matches the fruity taste. I associate this taste to a light banana bread. It is not heavy at all, a fairly light tasting beer with little to no carbonation. Overall, it is a tasty beer and I am glad to be enjoying it while watching the Super Bowl.

Holy cow! Tom Brady picked off by Jeremy Lane near the Red Zone! Who do you have in this match up? It's GAME TIME BABY!!! GO HAWKS!!! I don't have allegiance to either team, but being from Portland I will side with Seattle tonight.