The other night my wife and I decided it was time to try the pizza delivery by M-Brew here in Ferndale. Now I have been to M-Brew before, but never for the food. From the outside, it looks like someone is just having a really good house party. The main floor has the bar equipped with 30 taps of Michigan Craft beers along with some seating and cozy fireplace. The second floor is where the fun happens. Down the stairs you will find a pinball games, classic arcade games, and shuffle board. Besides their pizza, which is offered as thin crust or "Detroit" crust, they also offer amazing bbq from Smokin' Butts BBQ Company, among other things. Check out their delivery menu here. The most excellent thing about M-Brew is the fact that they also delivery torpedoes and growlers of beer. As I am a self proclaimed Hop Head and did not know what beers they had available I asked what kind of IPA's they had available. As they read through the list I settled on this beer by Short's Brewing Company that I had never heard of, Pig Bird. 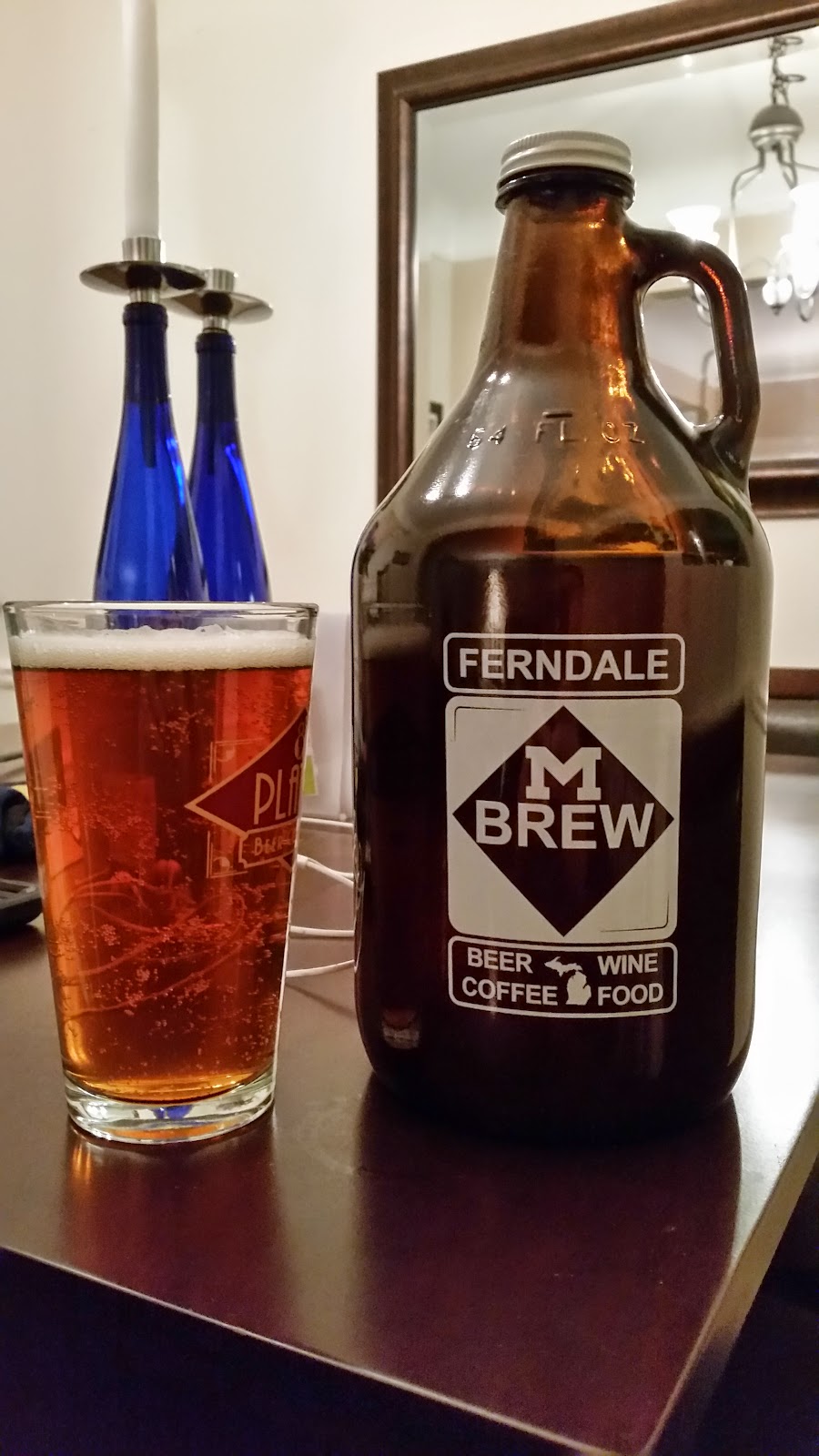 Pig Bird was poured from a growler. It has a nice small white head with some good lacing around the glass. The color is a kind of burnt orange. There is a very hoppy aroma coming from this beer. I can't make anything else out, nothing is really stepping forward besides the hops. The taste was also very hop forward, but there was a surprisingly satisfying fruit taste dancing along my tongue. I didn't taste like the banana that Short's says is in there, to me it was more Orange in flavor. There is light to medium carbonation, giving the beer a nice mellow feel with a medium body. I am really enjoying this beer, and at 7.7% ABV its not too much to enjoy another glass of this awesome IPA by Short's Brewing Company.

According to Short's Brewing Company:


"Pig Bird is a Belgian IPA with delicate esters of banana and spice. An initial caramel malty sweetness is matched nicely by fruity American hop flavors, leading into a prominent resiny bitterness."