Its 25 degrees with snow flurries and freezing rain, March has officially begun. After a weekend full of craft beer up in Grand Rapids at the Michigan Brewers Guild Winter Beer Festival as well as the Founders tap room, it is time to settle back into the normal routine of work and life. As I sit thinking of the spring and summer that is just around the corner, a classic film comes over the television waves and into my cable box. The 1993 classic, Dazed and Confused. This movie has the right mix of hazing, comradery, drinking, drug use, and Ben Affleck. How was life back in these days where it was tolerated to haze people in public. The only thing that this time was missing was good craft beer, or at least its not highlighted in the movie. You would think that if craft beer was a thing, there would be at least one geeky beer guy like the Paul Finch character in the American Pie movies.

Tonight I reach into my beer fridge for a delicious beer from my home state. Rogue's Double Chocolate Stout is builds off of their Chocolate Stout which is flavored with imported Dutch bittersweet chocolate. A winner of three World Beer Championships Gold Medals, this stout has me enjoying the cancellation of my grad class. 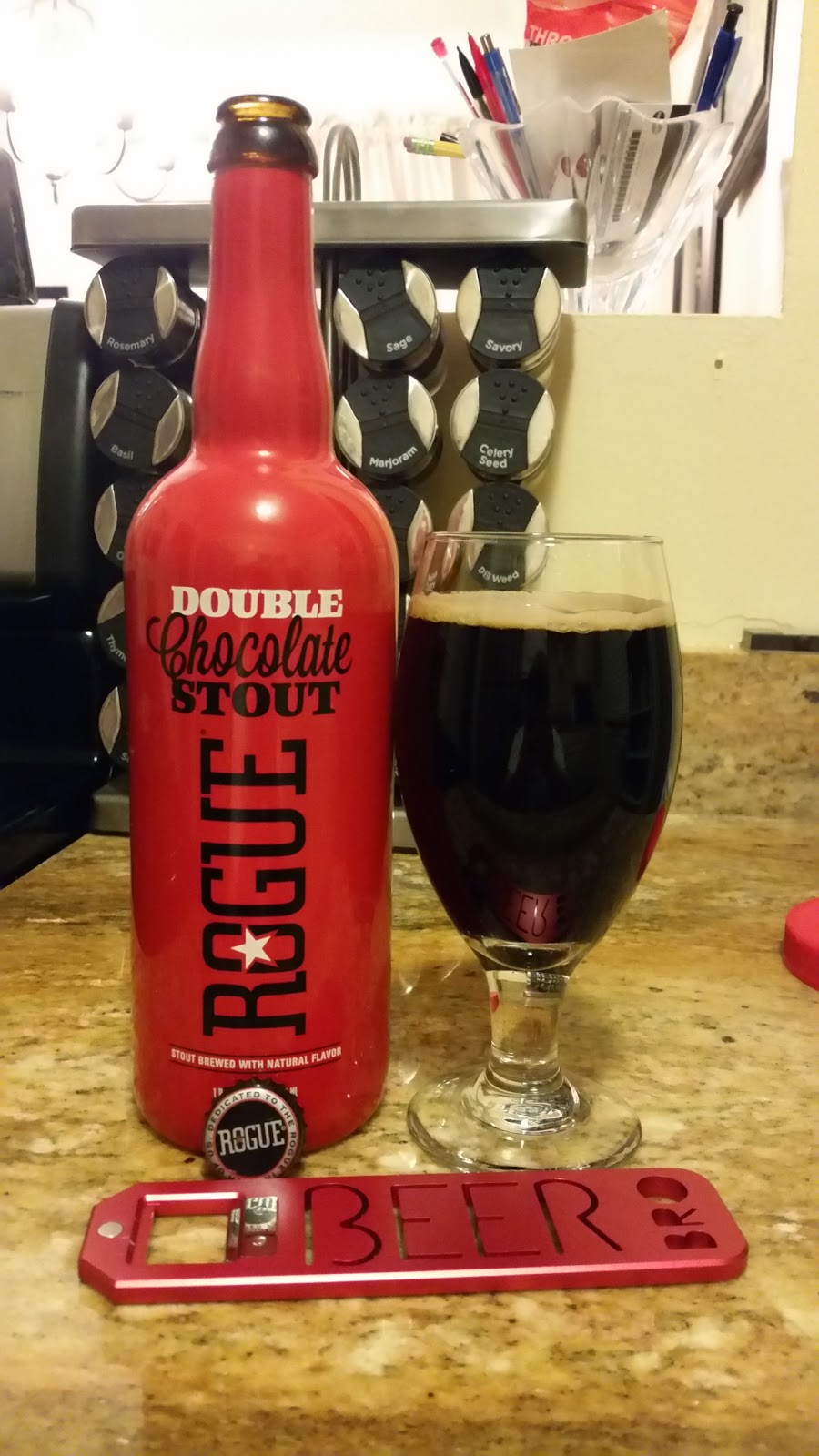 The Double Chocolate Stout has a nice roasted malt aroma with a mellow chocolate coming through at the end of the aroma. It pours black with a small tan head, over time the head dissipated to almost nothing. There is a bit of lacing left around the top of the glass as the beverage is enjoyed. The medium body of this beer leads to a nice smooth finish with little carbonation evident. The bittersweet chocolate comes through first. As the beer warms in my glass, the chocolate taste gets stronger. Near the end, it starts to taste like drinking the chocolate syrup that you used to make chocolate milk with. Overall, this beer is very satisfy. Having it has my desert to my steak dinner provided me with the right amount of sweet to satisfy my sweet tooth for the night.

Rogue has always delivered a great product. This beer was ordered through their online store along with two other beers, including a Sriracha Stout and PDX Carpet IPA. Those will be reviewed later this week. Opening this beer was very simple, not saying opening a beer would be difficult, but with the Beer Bro bottle opener I didn't have to worry about catching the bottle cap or protecting the bottle cap from bending. This will be one of the many bottle caps used when I make my wickedly awesome bar top.