The wonderful thing about the craft beer culture is how friendly the people are. Just the other day after work here in Wyoming, Minnesota, I took off to find a good place for some beers. The first stop I made was Norman Quack's. They had an excellent rib dinner and a couple good IPAs from the Minnesota craft beer market. I then went to my cellular device to find a nearby brewery. The closest brewery to my Forest Lake hotel is Hammerheart Brewing Company in Lino Lake. A hopped on the highway for the 15 minute drive to Hammerheart. After a beer I was able to grab a seat at the bar and started talking the guys sitting next to me and the bartender Andrew.

Fun fact, Mallrats was filmed at a mall here in Minnesota. Second fun fact, Kevin Smith just recently announced that he will be making a Mallrats 2. This was what sparked the conversation at the bar. I forget how it came up, but it was an awesome conversation. I didn't realize that the mall used in Mallrats was here in Minnesota. We were spit balling about what mall they would use for Mallrats 2, maybe the Mall of America? Whatever happens, I am totally excited for Mallrats 2 and extremely happy that I was able to share my excitement with other craft beer enthusiasts. 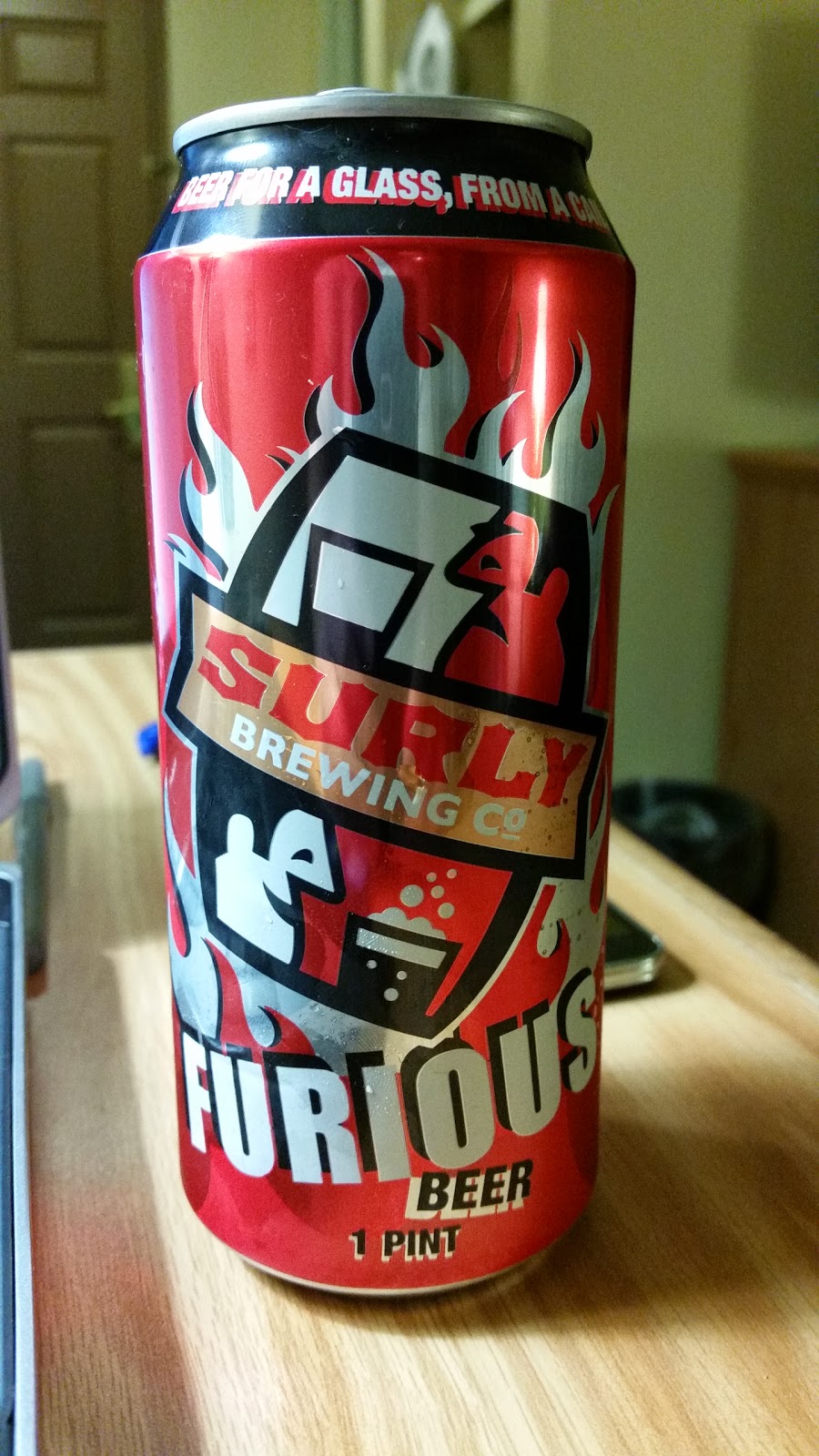 Furious has a very strong hoppy aroma with a slight fruity and malty notes. If you are a hop head Furious will be very pleasurable. There is a very hoppy forward taste with an orange citrus flavor. There is a nice smooth body with low carbonation. I would have enjoyed a little more bite to this beer, but otherwise it was very satisfying.

According to the can Furious is "A tempest on the tongue, or a moment of pure hop bliss? Brewed with a dazzling blend of American hops and Scottish malt, this crimson-hued ale delivers waves of citrus, pine and caramel-toffee. For those who favor flavor, Furious has the hop-fire your taste buds have been screaming for." The fact that it comes in a convenient four pack of cans is pretty awesome.

Craft beer in cans has become something awesome. It seems like Minnesota has this on lock a lot more then the Michigan craft beer scene. Oberon is coming out in cans, Rochester Mills Brewery releases there beers in cans, and so does Right Hand Brewing. The one thing that I do not appreciate about the can is I don't feel it is necessary to pour the beer out. I also feel that the aluminum can interferes with enjoying the aroma of the beer.