Jupiter the Bringer of Jollity by Bell's Brewery

I'm totally geeking out tonight. My tickets for Avengers: Age of Ultron have been ordered. I am a total nerd when it comes to Marvel movies. I ordered my movie tickets while Captain America: The Winter Solider is on my big screen. Topping it all off is a delicious brown ale from Bell's Planet Series. Age of Ultron is gearing up to be an amazing film. Ultron, Quicksilver, Scarlet Whitch!!! If you are a comic book fan, then you should get your tickets now. What am I talking about. If you are a comic book fan, and a beer nerd, and reading this blog post then you probably have your tickets already. I of course will be dragging my wife to this movie just like she is doing to me with Insurgent in a couple weeks.

The playful dialogue from Black Widow and Captain America in Winter Solider is very clever and fun. Instead of these characters being one dimensional the dialogue provides the characters with some depth. Marvel writes their films to attract the typical movie goer by keeping them entertained with a good story, funny dialogue, and awesome action. Well this isn't Bill's Movie Report, its Bill's Beer Report. So lets drink some beer, shall we. 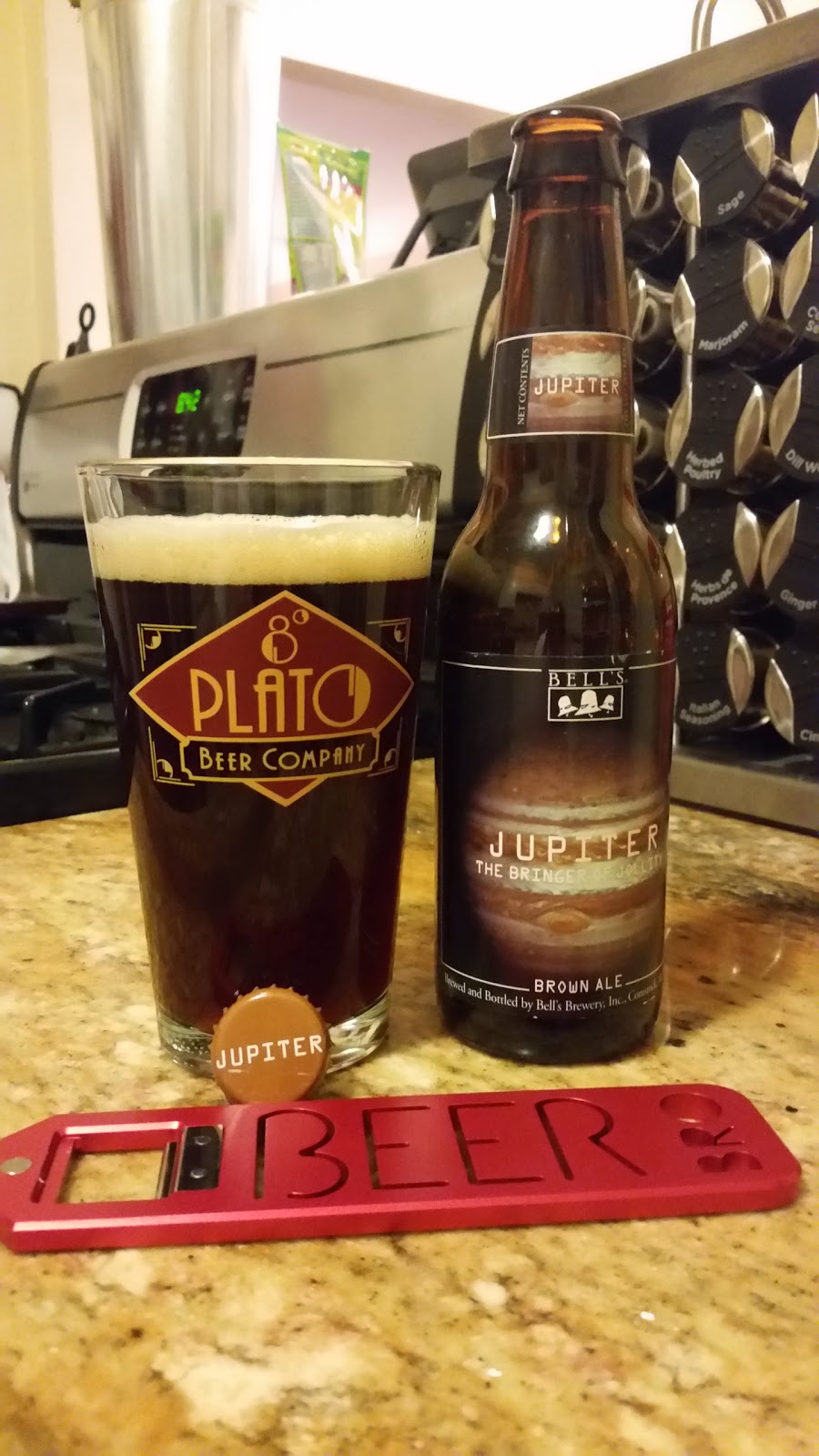 I was lucky enough to have a good friend, Mr. F. Scott Frisk-gerald. He saved me three bottles of Jupiter when he purchased a sixer from his local craft beer store. Jupiter is the fourth beer in Bell's Planet Series and is probably my favorite of them all so far. It pours brown with some light coming through near the bottom of the glass. There was a medium tan head that dissipated over time leaving some nice lacing around the glass. There is a faint aroma of malts with slit hints of chocolate and caramel. The flavor is like a normal brown ale, the malt flavor is very forward with this beer. With a medium body with a smooth finish. The 8% does not come through the taste at all, which is nice. My feelings about brown ales are like this, you can't get too crazy with brown ales but when you do one right it tastes oh so good.
Posted by Unknown at 1:23 PM