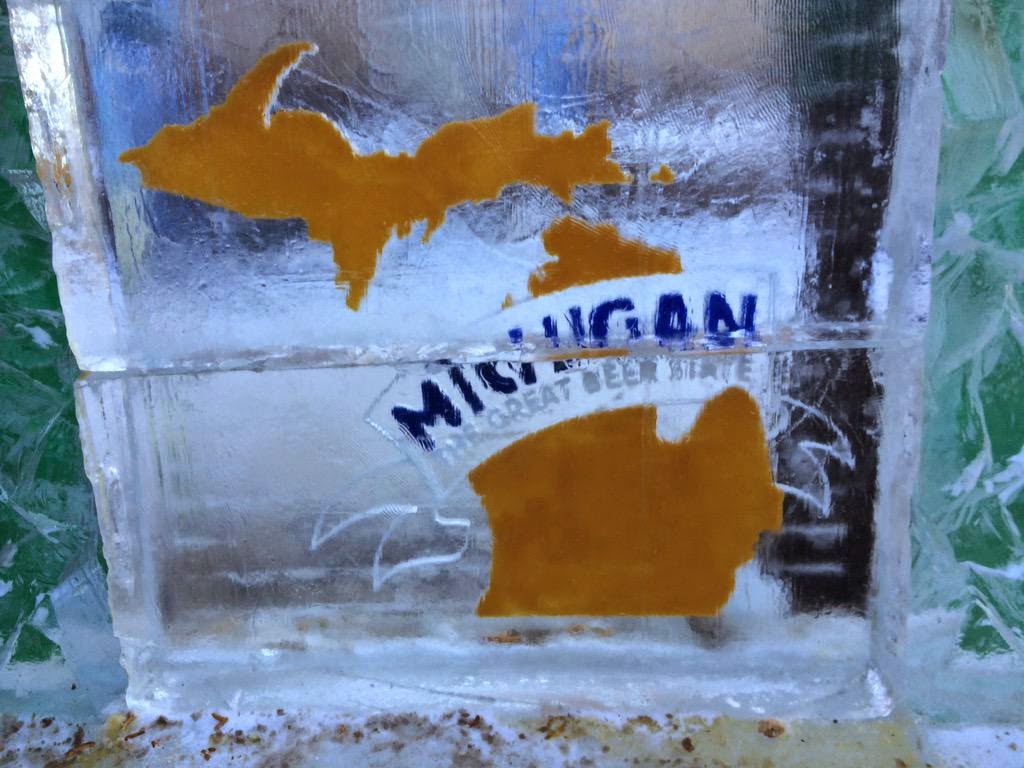 It was a cold day for a beer festival in the parking lot of the 5th 3rd Ball Park. The temperatures never broke 20 degrees, but that did not deter thousands of craft beer fans from coming out and having a great time. The festival opened at noon for Brewers Guild members and 1pm for everyone else. When we got to the ball park at 12:30 we had to walk about a quarter mile to get to the end of the line. This line snacked around the ball park and down to the other end of the parking lot. We finally made it into the festival around 1:30pm, got our drink tokens and our tasting cup and headed to the first tent.

Dark Horse Brewing was our first stop of the day. My first beer was the Bourbon Barrel Plead the 5th Imperial Stout and what a great way to start my day. This beer was so good that our second stop of the day was the second group of taps by Dark Horse Brewing. I continued with the the Bourbon Barrel Aged beers with the 3 Pairs of Legs Porter. Through out the day Frisk and I decided to we wanted to try beers from breweries we don't typically get to try. We did not wait in line at the Bell's tent or Short's. 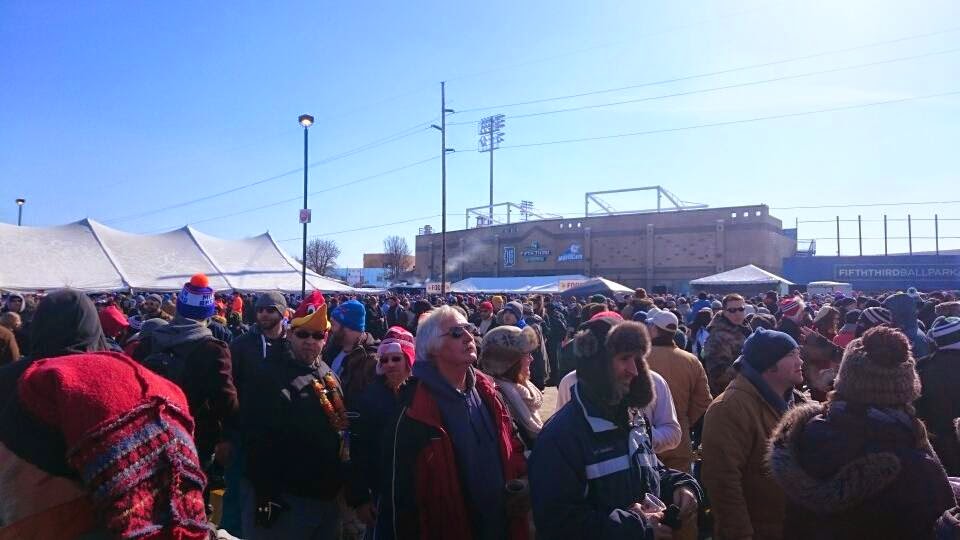 After my talking to one of my last guests Slurred Words, I was really looking forward to trying beers from Ore Rock and Blackrocks Breweries. As we made our way to there taps we stopped to fill our cups up from a couple other Breweries like Gonzo's BiggDogg Brewing and Boatyard Brewing, both out of Kalamazoo, MI. Gonzo's Vanilla Port was my favorite beer of the day. There was the right amount of vanilla sweetness to make this beer taste fantastic. The Vanilla Porter has a medium body with a a nice smooth finish. Next time I am in Kalamazoo I will be stopping at Gonzo to fill a growler of Vanilla Porter.

This being my first year at the festival I was unaware that people dressed up in different costumes. As we were waiting in line to enter the festival a women, about 53 years old, got in line dressed as Tigger from Winnie the Pooh. Another fun costume we saw were two girls dressed as Saugatuck beer bottles. The best costume of the day though would have to go to the guy dressed as Bugs Bunny from Space Jam. 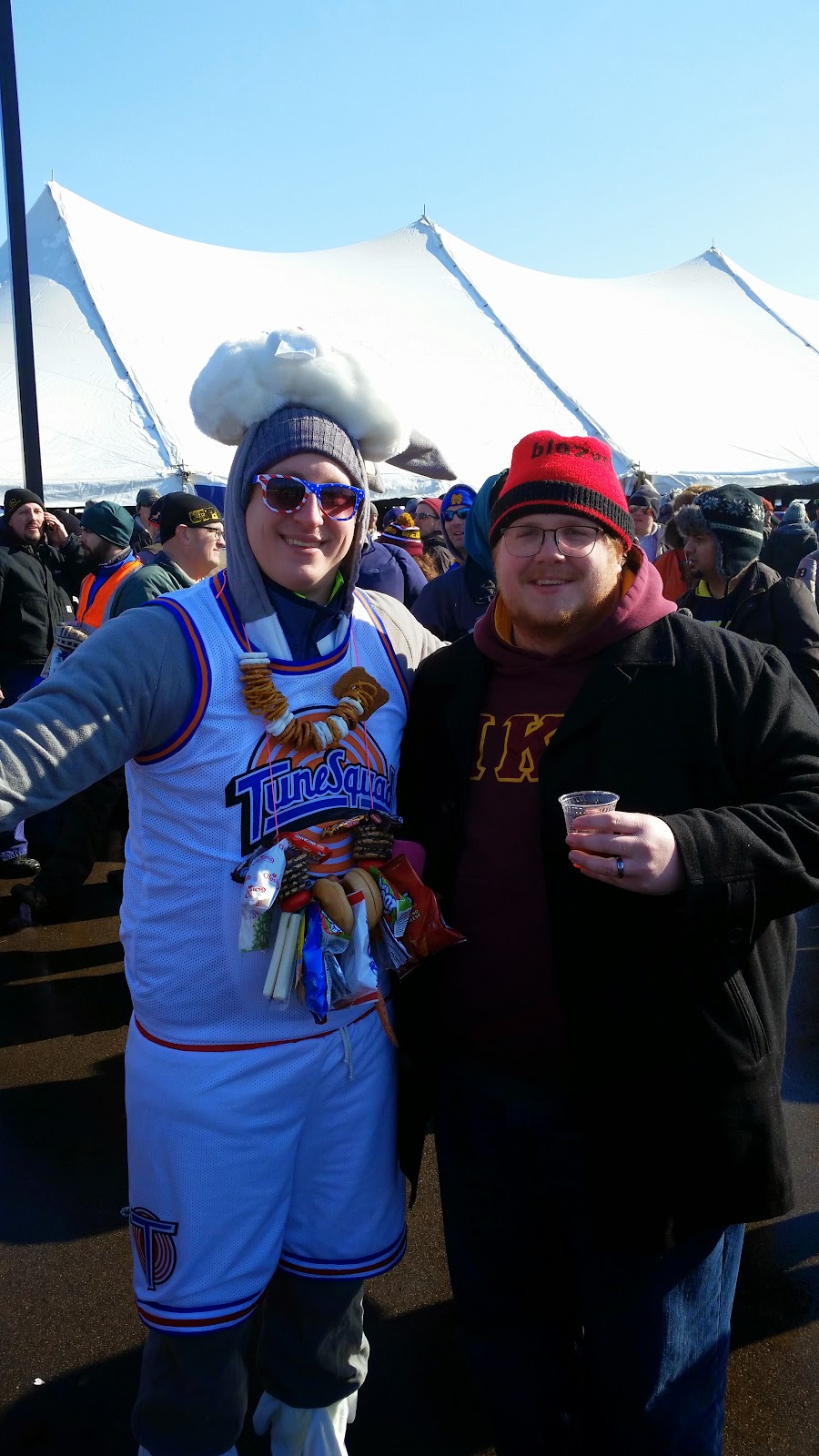 Blackrocks Brewery had some great selections with some very unique flavors. The first time at the taps I tried the G&T (Gin & Tonic) Ale and Frisk got The Whole Bowl of Gravy. The G&T did have the pine smell and taste that comes with a real Gin and Tonic. There was a strong bite to the beer that seemed like a high carbonation, giving it the familiar feel of tonic water. I don't know how the got the taste of gravy into a beer, but they did. The Whole Bowl of Gravy wouldn't be a beer I drink on a regular basis, I don't like turkey gravy that much, but it was definitely interesting to try. On our second trip to the Blackrocks taps I got the Mint Porter, which was really good. Think of an andes mint in the form of a porter. Blackrocks currently does not distribute in Metro Detroit, but you can find them in the Grand Rapids and Lansing markets.

While the festival was going on we were entertained by a great line up of local bands. I especially enjoyed the fiddle players. What would beer drinking be without friends? During the festival we ran into a bunch of people that we knew, and met a couple new friends. Craft beer fans are anything but mean, everyone was there to have a good time. I discussed beers with random people and got suggestions on what to try next, as well as suggesting a couple beers myself. We were able to we met up with two of my oldest brothers college room mates, Steve and Al. They are some fun guys and we were able to enjoy a couple beers together before parting ways. We also ran into my neighbor and our college buddy Casey and his group of friends.

Overall, the festival was a serious success. The count down for the Summer Beer Festival has begun. The debate for a Michigan Brewers Guild Enthusiast membership is heating up. With the membership the Enthusiast can enter the festival an hour before normal, as well as advanced ticket sales for all events. For only $55/year, the benefits seem to out way the cost.