During a trip to NingDe China I found myself with a lot of down time at the end of the day. NingDe is a very small town about two hours away from Fuzhou that doesn't have much in the way of a night life. During this time I used my VPN service, HideMyAss, to place my computer in Canada so I could use Netflix with any issues. This is when I started watching Californication.

I had heard about the show during college at my fraternity house. Now that I time I was going to get all caught up. The Canadian Netflix servers has the first 4 seasons available, with each episode being about half an hour and there being about 12 episodes per season I had about 1440 minutes of show to watch. When I returned home I still had more episodes to watch, but the American Netflix serves did not currently have Californication available. After much waiting, Netflix has Californication available in the US and they have all seven seasons. What a way to finish a weekend, with a couple delicious beers and some good old Showtime TV programming. 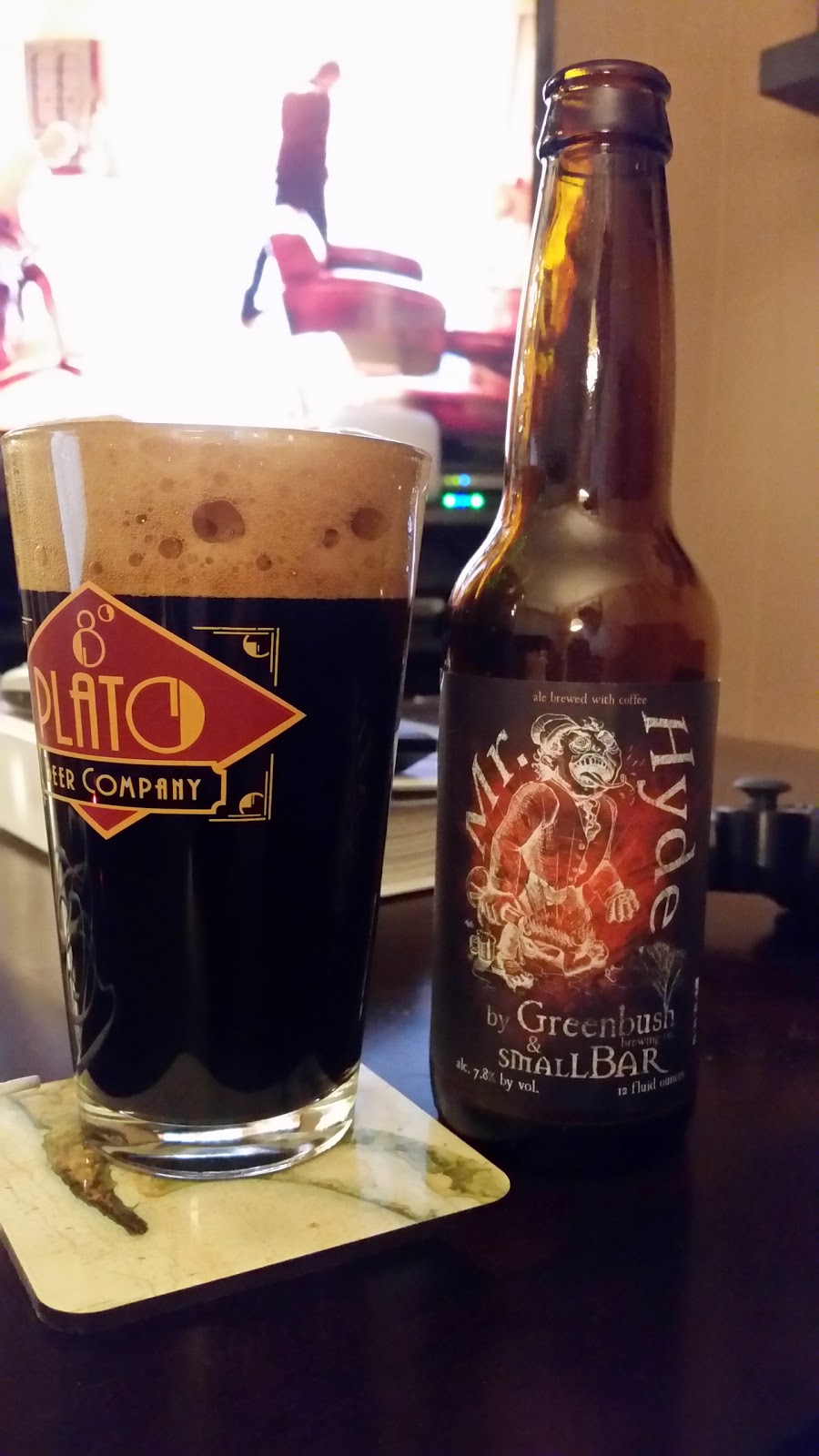 Mr. Hyde is an Ale brewed with coffee, and you can definitely tell. There is a very strong coffee forward taste. I got my bottle from the awesome beer store called 8 Degree's Plato, it was part of a mixer sixer that has been chilling in my fridge for a couple of weeks. It pours very dark, just like a cool coffee with a medium sized tan head. There is a coffee forward aroma to this beer. There is a smooth feel to it, light body which was surprising.

Greenbush has a solid reputation with me when it comes to beers. Though I am not a coffee drinker I appreciate the style of beer that they brewed here. If your quest is to find a strong coffee flavored beer, look no further, Mr. Hyde is the beer for you.