I am smitten with Californication at this moment. I am a multitasking fool this evening. I leave for Minnesota for work tomorrow, so I am doing laundry, packing, and entertaining two puppies all while having some beers and writing some blog posts.

The beer reviews have been taking a back seat to actual work these days. Same with the podcast, which I hope to reconcile real soon. By the Google search of the Wyoming, Minnesota area it looks like there is a high concentration of breweries in the Minneapolis and St. Paul area. My plans are to try to visit a couple of them during my two week stay. Any suggestions? 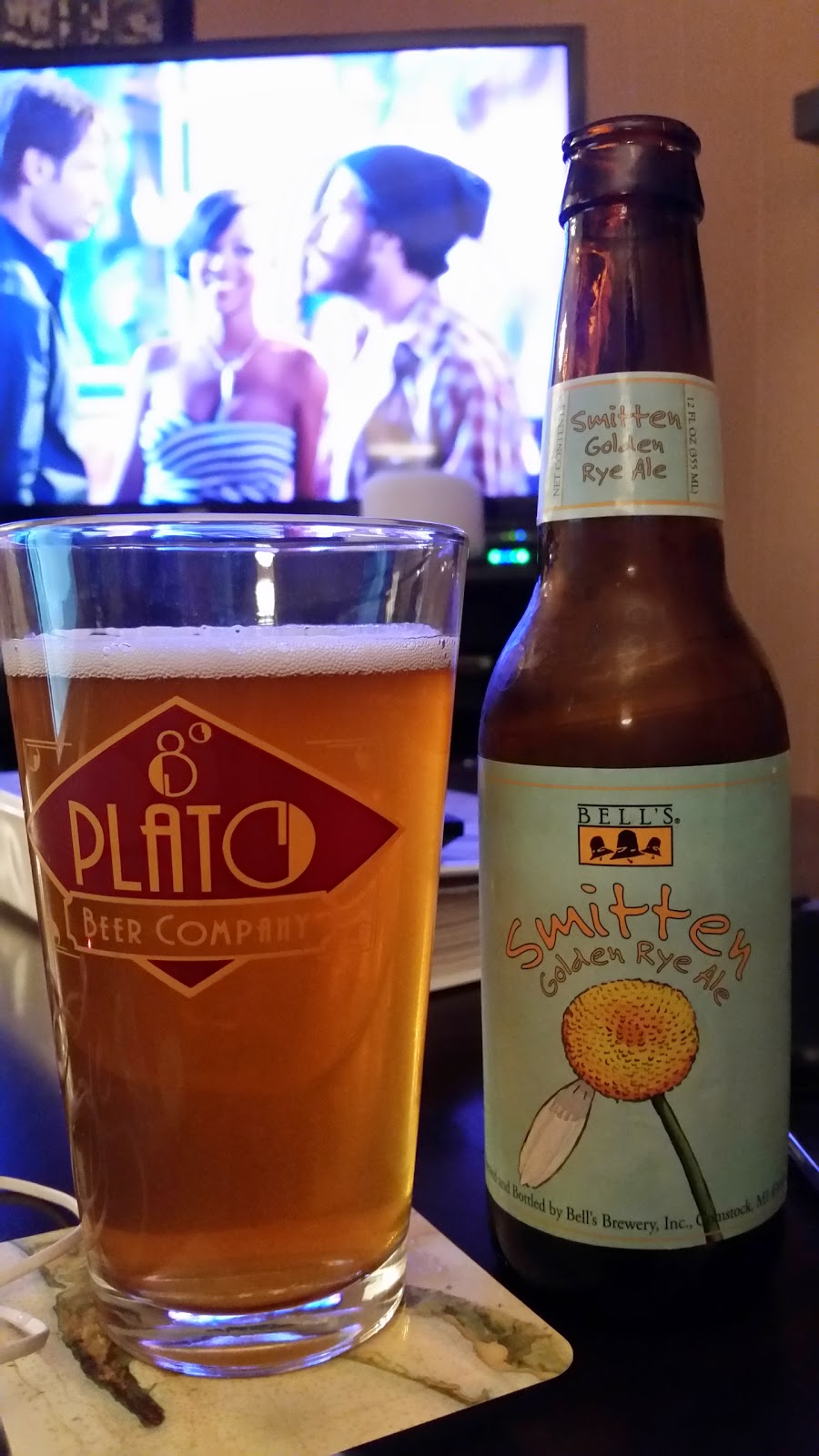 The Golden Rye Ale by Bell's Brewery is a new one for me to taste, though by the Bell's Store it looks like it is a fan favorite. This beer is another member of the 8 Degree's Plato mixer sixer that included the Mr. Hyde. It pours with a golden straw color with a minimal head which dissipated quickly. There is a light citrus aroma that is dancing around the top of the beer. According to the label, "this interesting take on the American Pale Ale doesn't leave a lot of room to wonder if you'll love it". There is a light hoppy citrus flavor to the Golden Rye Ale. The after taste is a little darker with a hoppier taste. There is a nice balanced carbonation with a medium body.

Bell's Brewery has a great track record of beers. Though the Smitten Golden Rye Ale doesn't rank up there with Oberon (coming March 23rd), Hopslam, and Two Hearted but it does rank on the scale of solid beers from Bell's.

The writers on Californication, how do they come up with some of this perverted dialog. I am not saying it offends my sensibility, but I am not as comfortable as these characters are talking about their sex life and the weird sexual experimentation that they discuss. Wow, Grunkel is on this awkward blind date with the awkward girl who is counting the awkward silences. Could you handle a women that is awkward like that? I am glad my wife isn't awkward like that.