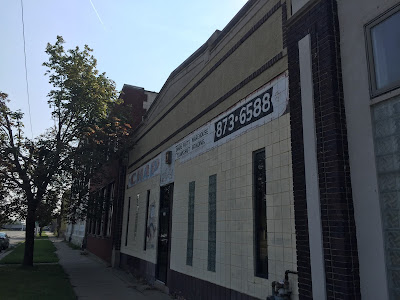 Great news coming from one of our favorite breweries, Batch Brewing Company is expanding! As the press release below states, Batch Brewing Company will expand their operation into Detroit's North End area in the building previously housing Chaps Automotive. The Batch team will use this new space initially as a packaging and distribution facility along with space for their mixed culture/sour beer program and wild fermented cider program. We look forward to the continuous success of our friends at Batch Brewing Company.

“Batch Brewing Company actually got its start in the North End neighborhood at the Jam Handy complex in 2012,” said founder Stephen Roginson. “We’re thrilled to grow our business here and create a community gathering place for the residents and the office dwellers of the North End and New Center areas.”

Future plans are being developed for the location, including an eventual second taproom. This will bring Batch Brewing Company’s beer, cider and food to the North End area, as well as allowing for a community gathering and event rental space.

“Hatch Detroit is thrilled and proud to see the incredible success that Batch Brewing Company has achieved since winning our contest,” said Nick Gorga, founder of Hatch Detroit. “They have worked so hard to create a thriving business that also serves as a vital member of its community, giving back and engaging at every opportunity.”